The heating sector is a sleeping giant in Germany’s Energiewende. While the success of the power sector in becoming renewable has been widely recognized, the heating sector is lagging behind – leaving big potentials cut fossil fuel imports and emissions untapped. But why is that so?

So far, the rapid expansion of wind and solar power over the last ten years has been the most visible achievement of Germany’s Energiewende (energy transition). By 2014, renewables already contributed around 28% to Germany’s electricity supply. In comparison, the deployment of renewable heating technologies has stagnated (see graph below). In fact, it looks like Germany has gotten off-track to meet the government’s renewable heating target of 14% by 2020. While the Energiewende success in the power sector has been widely recognized, the heat sector is lagging behind – leaving big potentials to cut fossil fuel imports and emissions untapped. So why is Germany struggling to move forward on renewable heating? 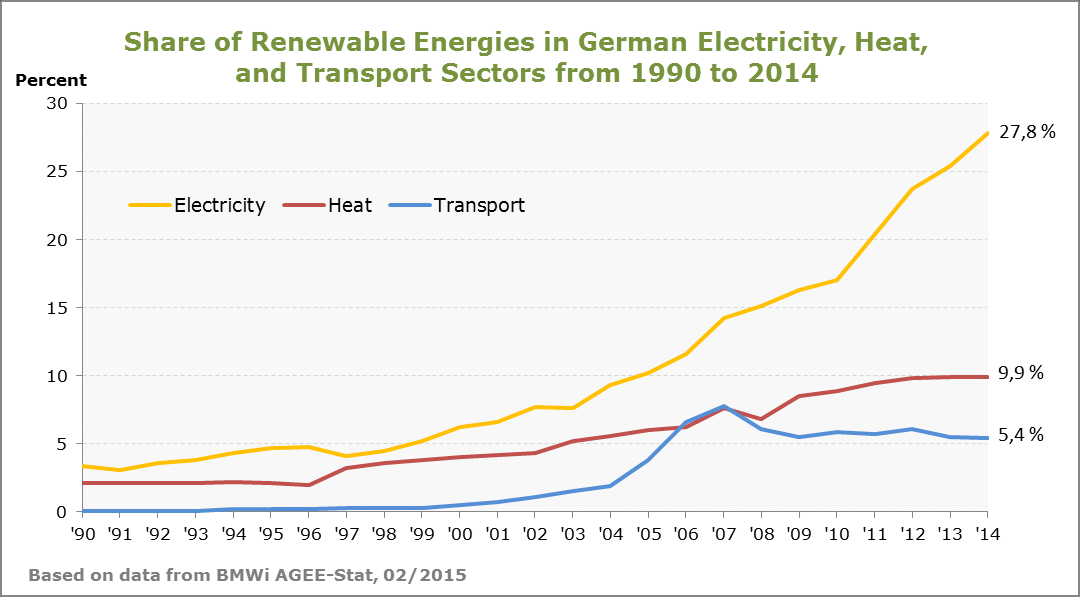 My colleague Natascha Spörle and I have tried to address the question in a short policy paper called Sticks and Carrots: Germany’s Approach to Renewable Heating. It provides a snapshot overview on Germany’s renewable heat market and analyzes the policy framework both at EU and national level. Additionally, the paper reviews how two German frontrunner states – Baden-Württemberg and Schleswig-Holstein – are adding momentum on the state level. Its conclusions are:

1. With the current sticks-and-carrots programs, Germany’s renewable heating market is set to grow in the short-term. While the sticks have stayed the same, the bucket of carrots was refilled in 2015. The upgrade of the Market Incentive Program, which is to deliver greater funding security, is expected to trigger new investments in the building stock. Therefore, Germany will move closer to meeting its renewable heating target of 14 percent by 2020. Nevertheless, it is questionable whether these efforts are enough in the long-term. This depends very much on the political will and possible budget constraints. Previous years have shown difficulties to provide steady funding for the Market Incentive Program, creating uncertainty among investors. In comparison, investment conditions for renewables in the power sector are more stable. This might explain the considerably greater success of the Energiewende in the power sector. Overall, the current federal policy is not adequate to tap the full potential of renewable energy in the heating sector.

3. There is no one-fit-all-solution for renewable heating policies. German states serve as examples for a variety of policy and technological approaches on renewable heating. As a frontrunner, Baden-Württemberg introduced legislation on renewable heating well before federal or European laws were passed. Likewise, Schleswig-Holstein shows the functionality of focusing on municipalities and district planning. Germany and its federal structures therefore showcase the need to adapt the use of technologies towards local and regional structures. The policy framework needs to be designed accordingly. 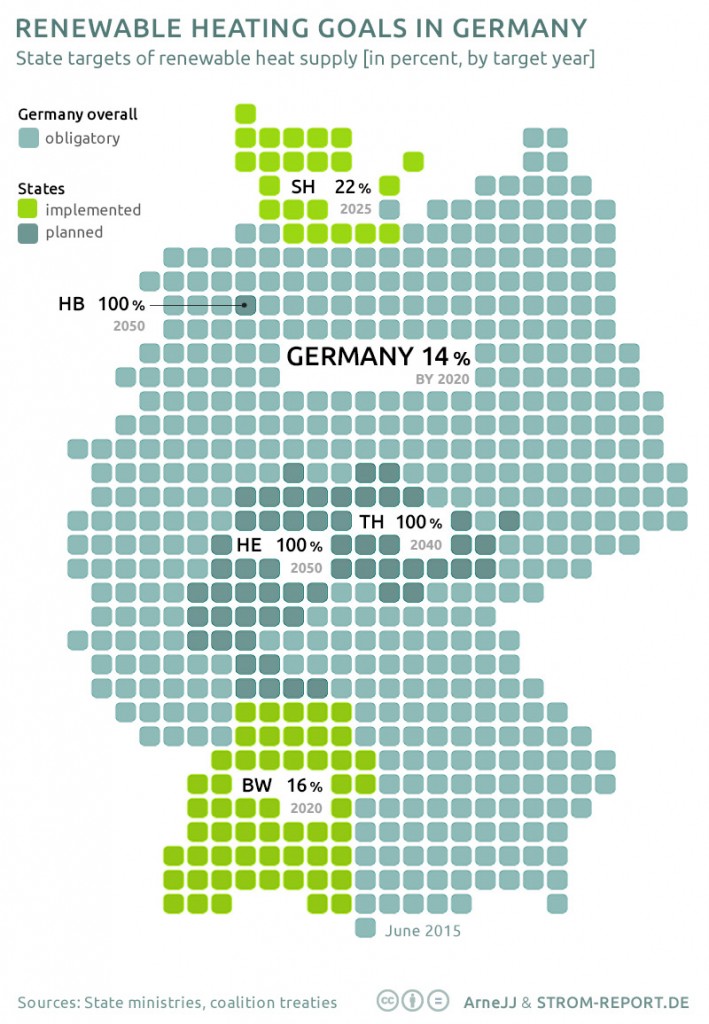 Panic vs. Leadership – the international perception of the Energiewende
Germany‘s dash for coal revisited